Meaning and Functions of a Political Party

A political party is a group of individuals who come together on a common platform. They largely have similar ideas and a common goal. Members of a political party contest elections in order to form the government at the state or at the centre. Political parties try to win the support of people by convincing them on why their policies are better than other parties. A political party has three components—leaders,
active members and followers.

A political party performs many functions in a democracy. 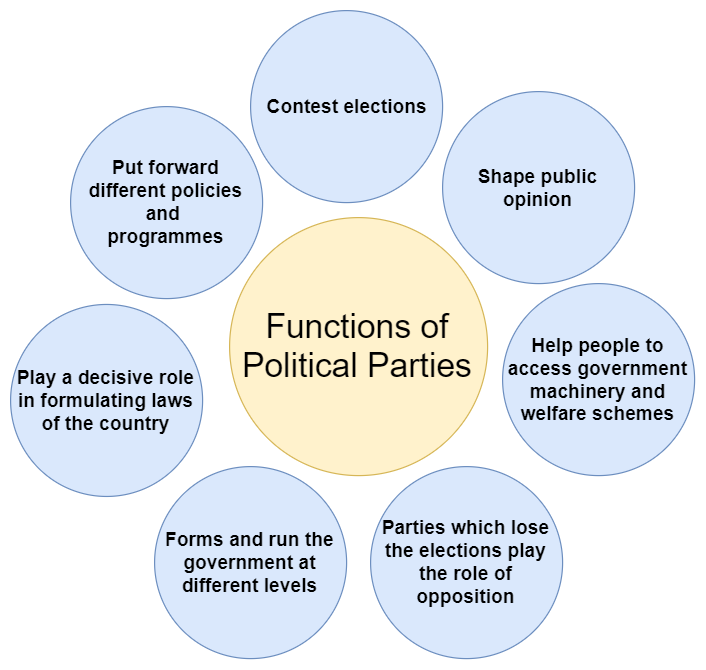 The number of political parties differs from country to country.

One-party system : The formation of political parties is generally banned in countries which are ruled by dictators. Only the party to which the dictator belongs is allowed to exist. Such countries have a one-party system. For example, in China, only the Communist Party of China is allowed to contest the elections.

Bi-party system : In many countries, though many parties exist, only two parties have serious chances of winning the majority of seats in the Parliament. Other parties win only a handful of seats in the national legislatures. Thus, countries with two main parties contesting the elections have a bi-party system; for example, the United Kingdom and the United States of America. 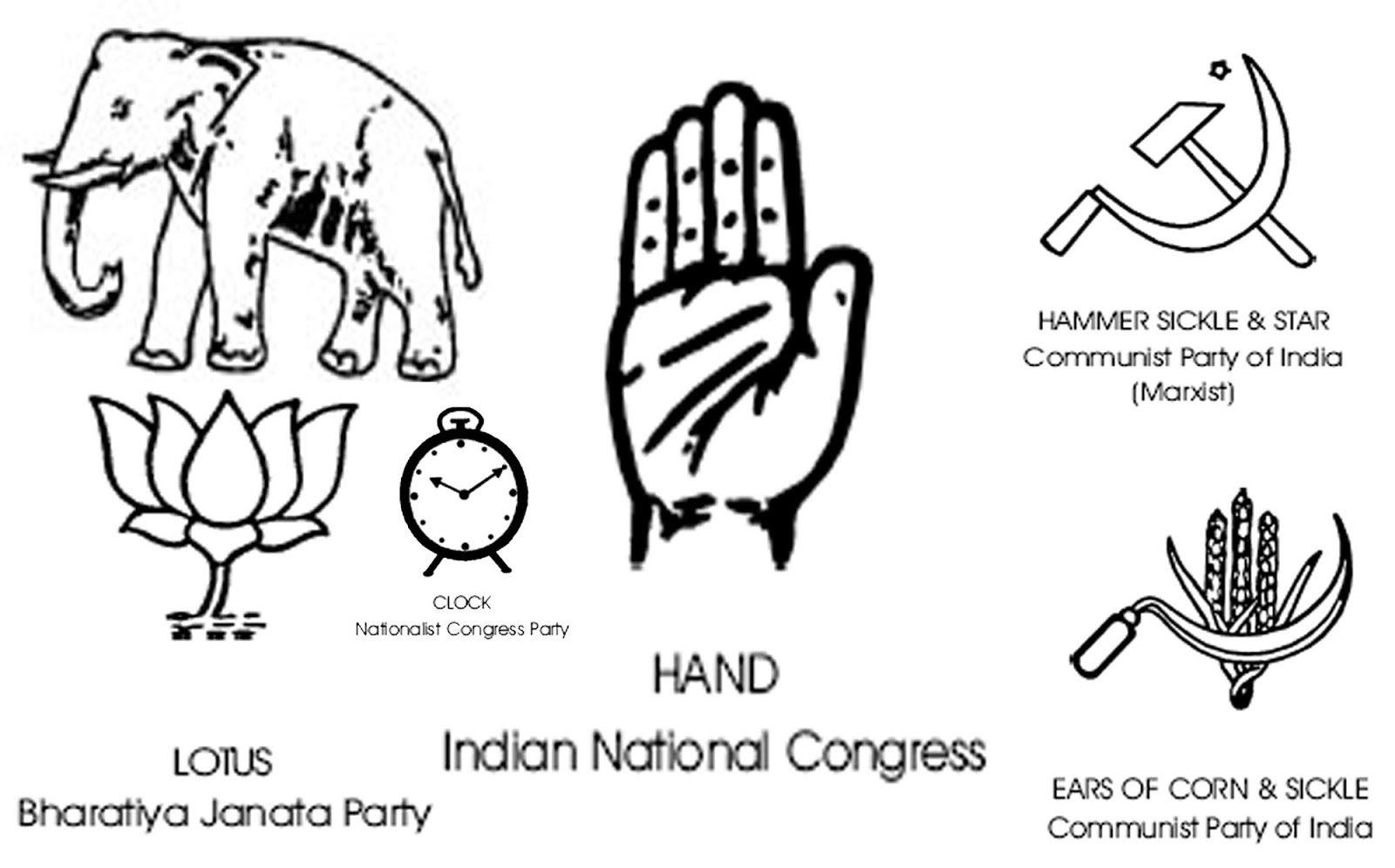 Main challenges faced by political parties in India are

How Can Parties be Reformed?

Political parties can be reformed in the following ways:

Many suggestions have not been accepted by political parties; thus, it is important for the public to organise protests and rallies to demand the passing of laws to this effect. The functioning of political parties can be further improved if the people who support these changes join the parties.