In India, gender, religion and caste differences are the three biggest issues which have challenged social equality.

It has to be realised that until women get an adequate representation in the legislatures of their countries, their conditions will not improve. Institutions such as the Panchayati Raj have reserved one-third of their seats for women. Many women’s organisations are also demanding reservation of one-third of seats in the Lok Sabha and State Assemblies. This bill however has not been passed.

Communalism is one of the major problems faced by our country currently. Communalism becomes a problem when 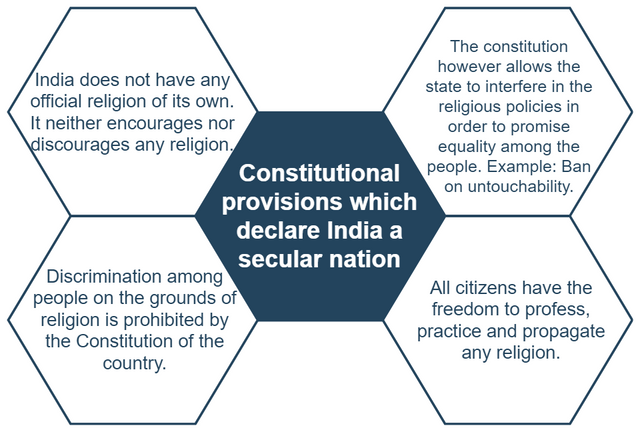 The caste system has been an integral part of Indian society since ancient times. It is based on the occupations of the people which are hereditary. People belonging to the lower caste are considered outcastes and untouchables. We find that caste inequalities are breaking down because of the following reasons:

However, the caste system has not disappeared from the country altogether. It still exists in most rural societies and to some extent in urban societies. The caste system takes the following forms in politics:

However, we also need to keep in mind that the caste system always does not play a role in shaping politics or deciding the candidates from a constituency. This is due to the following reasons:

The caste system in India can also become politicised in the following ways:

It is to be noticed that the existence of the caste system is itself not healthy for any democracy. It mostly produces negative results. In India, it has resulted in the vicious circle of poverty, unemployment and illiteracy for many castes. The caste system may also lead to caste division, caste violence and conflicts resulting in violence.