India is predominantly an agricultural country. Agriculture is a primary activity as it produces not only the food which we directly consume but also the raw materials which are used in various industries.

In India, various kinds of agricultural practices are followed.

In India, there are three main types of cropping seasons. They are rabi, kharif and zaid.

In India, many food and non-food crops are grown in different parts of the country.

Rice: It is a staple food crop of majority of the people of India. It is a kharif crop which is grown extensively in the northern plains, northeastern parts of the country and coastal and deltaic regions. Rice requires high temperature (above 25°C) and high rainfall (above 100 cm). India is the second largest producer of rice in the world after China.

Wheat: This is another important crop in India. It is the main food crop consumed by people living mainly in north and northwestern parts of the country. It is a rabi crop which requires cool climate. It requires about 50–75 cm of rainfall evenly distributed throughout the growing period.
The Ganga Satluj plains in the northwest and the black soil region in the Deccan are the two main wheat-growing belts in the country. Punjab, Haryana, Uttar Pradesh, Bihar and Rajasthan are major wheat-producing states. 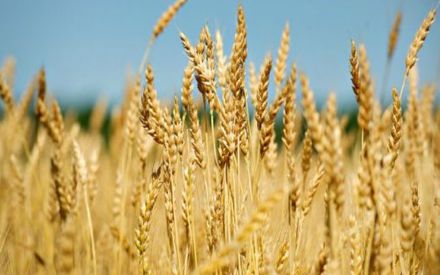 Millets: Jowar, bajra and ragi are some important millets which are grown in India. These have high nutritional value. Ragi is rich in calcium and iron. It is grown in the dry regions of Karnataka, Tamil Nadu, Uttar Pradesh, Uttarakhand and Sikkim. Jowar is the third most important food crop grown in India in regard to production. It is grown in the humid areas of Andhra Pradesh, Karnataka and Madhya Pradesh.
Bajra grows on sandy soils. Maharashtra, Uttar Pradesh and Rajasthan are major producers of bajra.

Maize: It is a food and a fodder crop. It is a kharif crop (it grows in the rabi season in Bihar) and requires temperatures between 21°C and 27°C. It grows well in the old alluvial soil. Karnataka, Uttar Pradesh, Bihar, Andhra Pradesh and Madhya Pradesh are some important maize-growing states.

Pulses: Major pulses grown in India are tur, urad, moong, peas and gram. Pulses can be grown even in dry conditions. With the exception of tur, all pulses are leguminous crops which help in restoring nitrogen to the soil. Thus, they are grown in rotation with the other crops. India is the largest producer and consumer of pulses in the world. Madhya Pradesh, Uttar Pradesh, Rajasthan, Maharashtra and Karnataka are major producers of pulses in the country.

Sugarcane: It grows well in the tropical and sub-tropical regions. It requires temperatures between 21°C and 27°C and rainfall up to 100 cm annually. It is a labour-intensive crop. India is the second largest producer of sugarcane in the world after Brazil. Apart from sugar, khandsari, gur and molasses are some important products of sugarcane. Uttar Pradesh, Maharashtra, Karnataka and Andhra Pradesh are some important sugarcane-producing states.

Oil Seeds: Groundnuts, mustard, coconut, sesame, cotton seeds and sunflower seeds are some important oil seeds which are grown in India. Most of these seeds are used in cooking. Some seeds are also used as raw materials for the manufacturing of soaps, cosmetics and ointments. Gujarat and Andhra Pradesh are two major producers of groundnuts in India.

Coffee: India is known for growing the Arabica brand of coffee. In India, coffee is grown in Karnataka, Kerala and Tamil Nadu.

The cultivation of fruits, flowers and vegetables is known as horticulture. India is known for producing varieties of fruits such as mango, litchi, grape and guava. India produces about 13% of the world’s vegetables.

Rubber: It requires moist and humid climate with temperatures above 25°C and more than 200 cm of rainfall. It is grown in Kerala, Karnataka, Tamil Nadu and the Andaman and Nicobar Islands.

The rearing of silkworms for the production of silk is known as sericulture. Karnataka and West Bengal are two important silk-producing states.

The Government of India introduced various reforms to improve productivity and the conditions of farmers.

Some of these reforms were

However, it is to be noticed that despite these reforms, the share of agriculture in the country’s GDP is declining. It is also not generating enough employment opportunities. Various subsidies provided to the farmers by the Government are on the decline. This has led to increased production costs. Reduction in import duties on agricultural crops has further deteriorated the conditions of the farmers. Farmers are increasingly growing fruits, vegetables and oil seeds. This has reduced the net sown area under the cultivation of cereals and pulses. Excessive irrigation and too much use of pesticides and insecticides have deteriorated the quality of soil resulting in low food production.

India is a welfare state. To ensure the availability of food to all people, the Government of India has started a food security system. Food security consists of two components:

However, the declining crop cultivation in the country has raised questions about the food security programme.